Johnny is 19. He likes music, art and going to the beach. He is also autistic - he will probably never get a job, never have a girlfriend, never leave home. And over the last 18 years this is what his father, TV producer and comedy writer Henry Normal and his wife Angela have been trying to come to terms with. This is a book for anyone whose life has been touched by autism - it's about the hope, the despair, and the messy, honest, sometimes hilarious day-to-day world of autism, as well as a wonderful, warm book about unconditional love.

Katherine May – The electricity of every living thing

In August 2015, Katherine May set out to walk the 630-mile South West Coast Path. She wanted to understand why she had stopped coping with everyday life; why motherhood had been so overwhelming and isolating, and why the world felt full of inundation and expectations she can't meet. Setting her feet down on the rugged and difficult path by the sea, the answer begins to unfold. It's a chance encounter with a voice on the radio that sparks a realisation that she has Asperger's syndrome.

What do you do when you wake up in your mid-40s and realise you've been living a lie your whole life? Do you tell? Or do you keep it to yourself? Laura James found out that she was autistic as an adult, after she had forged a career for herself, married twice and raised four children. This title tracks the year of Laura's life after she receives a definitive diagnosis from her doctor, as she learns that 'different' doesn't need to mean 'less' and how there is a place for all of us, and it's never too late to find it.

An introverted, unusual young boy, isolated by his obsessions and a loner at school, Chris Packham was only at home in the fields and woods around his suburban home. But when he stole a young kestrel from its nest, he was about to embark on a friendship that would teach him what it meant to love, and that would change him forever. In his rich, lyrical and emotionally exposing memoir, Chris brings to life his childhood in the 70s. Pervading his story is the search for freedom, meaning and acceptance in a world that didn't understand him.

What do you do when you're made redundant, in mortgage arrears, your wife is suffering from post-natal depression and both your daughters are diagnosed with autism? You start a musical comedy career of course! A hilarious and poignant memoir about rediscovering joy and hope when life doesn't go according to plan.

Have you ever felt like you don't fit in? By the time Colin Thompson was twenty five, he knew that he never would, nor did he want to. In this bracingly honest, moving, and very funny illustrated memoir, Colin reflects on finding his own Atlantis, a late Asperger's diagnosis, and a lifetime of not quite fitting in, but surviving it all anyway.

Keith Stuart – A boy made of blocks

Thirtysomething dad, Alex, loves his wife Jody, but has forgotten how to show it. He loves his son Sam, but doesn't understand him. Something has to change. And he needs to start with himself. Eight-year-old Sam is beautiful, surprising, autistic. To him the world is a puzzle he can't solve on his own. But when Sam starts to play Minecraft, it opens up a place where Alex and Sam begin to rediscover both themselves and each other.

Rachael Lucas – The state of grace

Fifteen-year-old Grace is funny and plain-spoken. Just because she has Asperger's doesn't mean she's great at maths (she's not) or can draw the Eiffel Tower from memory (she can't). Like any teenager, Grace just wants to fit in, so when it turns out that the cutest boy in school likes her, she finds herself falling in with the cool crowd. But with her dad away and her mum distracted there's no one at home to see Grace's younger sister spiralling out of control, and suddenly everything threatens to fall apart - unless Grace can fix things on her own.

My name is Ted Spark. I am 12 years and 281 days old. I have seven friends.  This summer, I went on holiday to New York. While I was there, a painting was stolen from the Guggenheim Museum, where Aunt Gloria works. Everyone was very worried and upset. I did not see what the problem was. I do not see the point of paintings, even if they are worth 9.8 million. Perhaps that's because of my very unusual brain, which works on a different operating system to everyone else's. But then Aunt Gloria was blamed for the theft - and Aunt Gloria is family.

Vicky Martin – M in the middle

Life after diagnosis isn't easy for M. Back in her wobbly world, there are lots of changes and ups and downs to get used to, not just for M, but for her friends and family too. Faced with an exciting crush, a pushy friend and an unhelpful headteacher, how long until the beast of anxiety pounces again?

Meet Isaac. He's a superhero! He might look like everyone else, but he has a kind of autism called Asperger's. Inside this book he'll tell you all about what it's like to have his Asperger superpowers.

Jon Roberts – Through the eyes of me

A colourful picture book giving insight into the world of a child with autism.  4-year-old Kya loves to run, read, look at - and rip up - stickers. Readers will learn why Kya does certain things, doesn't like some things and really loves other things

Zane is different to other kids. He lines things up, and he's frightened of things that don't seem to bother others - like the colour black. 'The Chalk Rainbow' explores difference and diversity through a family living with autism. It's a story of unconditional love, of trust and of learning to look at the world through the eyes of others 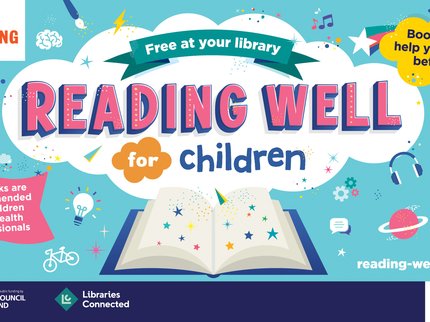 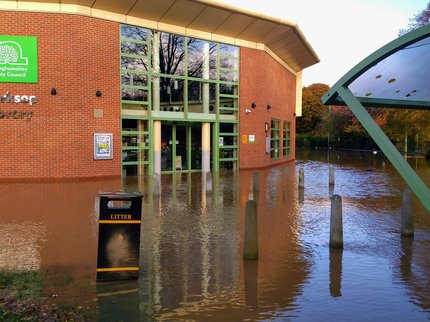