Inspire will be welcoming their new board at their inaugural Annual General Meeting, and are offering their members exclusive FREE access to the event on 12 October at Mansfield Central Library. As you would expect from the organisation who deliver Culture, Learning and Libraries for Nottinghamshire, they have invited a special guest to deliver a poetic performance as part of the evening.

Launched on 1 April 2016 Inspire delivers the following services in Nottinghamshire: public libraries, archives, arts, County Youth Arts, Instrumental Music Teaching in schools, Community Learning and Skills Service, Nottinghamshire Music Hub and the Education Library Service.  As a community benefit society its members are given the opportunity to have a say in the running of the organisation.

Inspire recently opened the opportunity to its 29,000 members to stand for election. Twenty four candidates stood, and members were then invited to vote in the election during August and September.  Four candidates were duly elected and they will be formally welcomed to the board at the meeting;

Poet Kate Fox will be making a special guest appearance following the AGM proceedings. Former Poet in Residence on Radio 4’s Saturday Live and recent guest at Southwell Poetry Festival, Kate has been described as "Victoria Wood channelling Sylvia Plath".   She will be

treating guests to her own poetic account of the evening which marks a successful first six months as Inspire.

Peter Gaw, Inspire, Chief Executive commented; “It’s been a fantastic first 6 months for Inspire and it’s very exciting to give our staff and public a direct stake in the services we provide.  I’m looking forward to celebrating our achievements, looking to the future and welcoming our new board”

Further information on becoming a member is available on Inspire’s website www.inspireculture.org.uk. Members can book a FREE ticket to the AGM and Kate Fox’s performance here.

Next: Half-term Horror in Nottinghamshire libraries 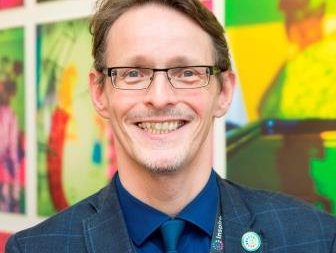 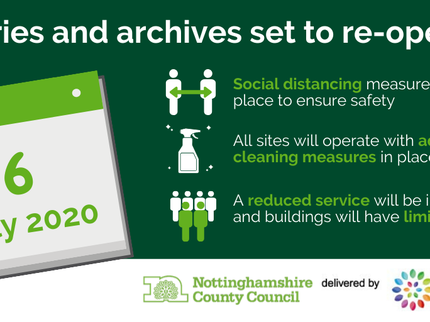 Working to reopen libraries and archives in Notts

Our Chief Executive on our reopening plans!