SHOWCASE is an opportunity for any young person age 13 - 19 years, to take part in a major performance event.  Whether they can sing, dance, act, mime, play in a band, perform poetry or do any other creative performance, we want them to take part. Young people take centre stage in a professional theatre and show off their talent!

Rehearsals will take place in the afternoon to help and support their performance. Friends and family are invited to the evening Showcase at 7.30pm.

Successful participants will then go forward to take part in next year’s main Showcases – at the Palace Theatre, Mansfield and at the Royal Concert Hall, Nottingham.

APPLICATIONS FOR SHOWCASE 2017 ARE NOW CLOSED

CYA Summer Round Up...

Young musicians from CYA's amazing Able Orchestra put on a triumphant concert with the BBC Philharmonic Orchestra at London’s Royal Albert Hall. Students from Fountaindale School in Mansfield and Outwood Academy Portland in Worksop played to a full house on 23rd and 24th July as part of the BBC’s prestigious Proms Season 2016, and to viewers and listeners on BBC Red Button and BBC Radio 2 & 3.  It showcased this innovative music programme that features disabled and non-disabled young musicians  developing new pieces of music and digital imagery to perform with national orchestras using digital music technology. Co-produced with Orchestras Live, a national music producer, the young musicians performed with the BBC Concert Orchestra and then the Hallé Orchestra on the BBC Ten Pieces national scheme.  And the rest is history!

500 participants at workshops and masterclasses during SONAR

300 performers across 5 dance, drama and music performances at TOLFest

Two films and a dance performance at UDance 2016 National Festival at The Lowry, Salford

COMING THIS AUTUMN...
@ THE OLD LIBRARY

CYA to showcase the regions young and emerging theatre makers and artists as well as giving audiences fresh, innovative and affordable productions.  .

What if you woke up to find your body was slowly shutting down? Unable to walk, talk or blink and nobody knows why...

Getting Better Slowly tells his inspiring story of recovery through new writing, sound and movement. Funny, moving, and honest, Adam’s journey through illness and rehabilitation including months re-learning how to walk and talk invites audiences to consider how they would deal with an unexpected illness or accident, and explores how it feels when your closest relationship is with the illness that’s holding you back.

Love. Life. No Sat Nav is a new play by award winning Unanima Theatre that takes audiences on the road trip of life and explores how we have all stalled at the junction of love without that road map to guide us through.

Telling the stories, scenarios and experiences of an ensemble cast, expect some laughs in the lay-by alongside the occasional hard shoulder. Take a trip down the slip road of sublime live music in this unique tale told with honesty, style and wit. Buckle up and enjoy the ride.

With original songs by Tash Bird. All performances are captioned.

THE FIRST is a play based on the global events of World War I, told from the perspective of two boys from a small town in the East Midlands. A work of fiction, THE FIRST follows best friends Frederick and Jack, as they grow, play and enter the Great War together. the first is a play of choices and the audience is invited to decide the fate of Jack at the end of play.

Follow-up workshops linked to this performance have been developed for teachers to deliver in class or for delivery at extra cost by a writer/ theatre practitioner. A downloadable resource pack will support activity for group discussion and creative writing.

England: The 1940's. There's a professor with a space rocket in the cellar, his physics-savvy female ward, and his eager but impoverished lab assistant, and together they find themselves on a distant planet before escaping to...where exactly?

Think a hotch-potch of silliness and unlikely encounters, plus time travel, near-misses, close shaves and a whole pile of pluck along with an invisible dog and several sets of 'jolly hockey sticks'.

Three award-winning performances combine fast storytelling, bold imagery and jokes a-plenty as they lift-off from stately home to steaming jungle and back again in a frantic outrageous adventure!

Company Gavin Robertson performed BOND here last year and this time are bringing their new show straight from Edinburgh Festival Fringe, ESCAPE from the PLANET of the DAY that TIME FORGOT to the Old Library on the 22nd of this month.

Xzibit Young Creatives, curated by Gareth Woodward and supported by CYA & Dance4, is a choreographic programme that aims to enhance young people’s skills and knowledge of choreography and gives them the opportunity to present their own work in a professional environment.  Calling all aspiring young dancers and choreographers - Applications are now being accepted for Xzibit Young Creatives 2017, taking place in Jan 2017, for a major performance in March 2017.

TEN TWENTY - CYA's Major Anniversaries Celebration - TEN years at The Old Library, TWENTY years of CYA...Celebrate with us in 2017! 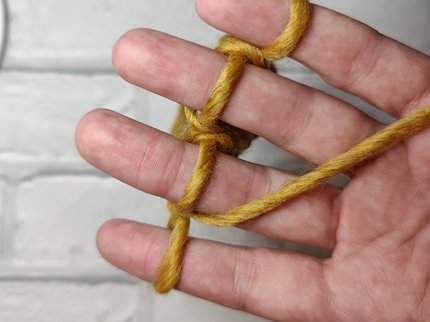 Get Knitting! Bracelets and Scarves with Juliet Bernard 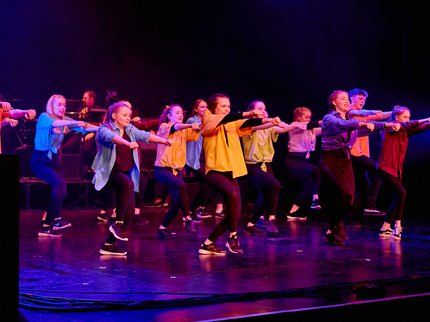